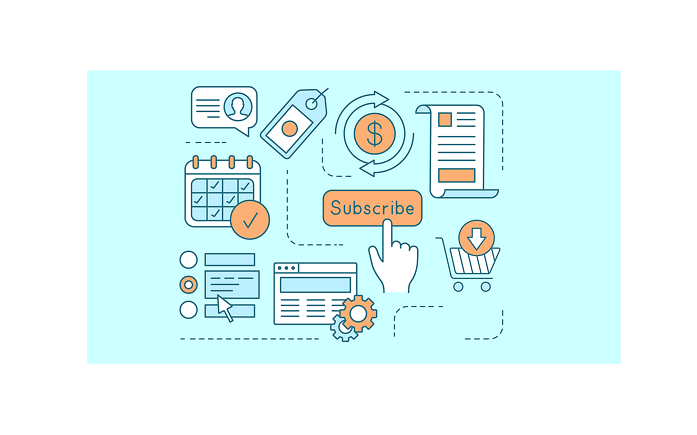 Evaluating Opportunities within a Subscription Economy

With the introduction of “Subscription Economy” across business models and industries , the majority of startups now are basing their valuations on the subscription charges.

“Einstein was right about relativity, but even he would have had a difficult time applying relative valuation in today's stock markets.”

How one perceives valuation, depends on what side of the table he’s sitting at. A founder would want to value his business at par to the competition (at times even higher than that), while an investor would view the number more realistically to capture the capital risk and his equity stake at stake.

With the introduction of “Subscription Economy” across business models and industries , the majority of startups now are basing their valuations on the subscription charges.The subscription economy refers to the general trend of companies shifting from the traditional pay-per-product model to one that allows for recurring subscriptions (MRR- Monthly Recurring Revenue) from consumers in exchange for access to a product or service over time. From the graphic shown it can be concluded that subscription based models are a win-win-win for all stakeholders.

How to measure revenues in a subscription based model?

What is important about ARR is not a single number per se, but rather the momentum around the components of the company’s ARR:

If the pricing strategy is built on Monthly Recurring Revenue (MRR) which is the sum of all revenue generated by subscriptions, companies tend to calculate the ARR by simply multiplying MRR by 12. However, while it may be common practice, it should be followed with caution.

If the business experiences seasonal fluctuations or has just signed a lot of customers after a promotion, one may overestimate the ARR by using temporarily inflated subscription numbers. Additionally, because customers are not contracted to stick around for a year, this calculation may not accurately account for month-to-month churn.

Key factors to look at while choosing between which metric to capture ?

1. Subscription Length - the duration after which the subscription is renewed, would help define which metric between MRR and ARR should be used.To use ARR as a metric in business, companies should have Term Agreements of one year or more (or the majority of the Term Agreements should be one year or more). If the customers have the ability to cancel at any time in the agreement with 30 days or another notice period, or they simply pay month-to-month, use MRR.

2. Business Model Complexity - As business scales, it’s common to see increasingly complex subscriptions models. ARR’s “bigger picture” affords an opportunity to assess other factors alongside revenue and make helpful predictions which MRR can be too focused to not provide.Unlike MRR, which is a metric that can vary dramatically from real monthly revenue due to the variance in days in the month, ARR can correlate well with actual revenue if your subscriptions are in annual or true multi-year intervals.

3. Investor’s Interest- Due to the ease of predictability, reliability for longer time periods, and being an easier metric to calculate investors prefer to use an ARR while valuing a company. As it helps to predict long term growth and visualize the size of the business.

ARR gives a business a broader picture of financial health. It’s the forest to MRR’s trees, creating its own unique insights.

While the revenue quantity is captured through these metrics such as MRR or ARR, how does an investor further evaluate the recurring revenue ?

1. Revenue Quality - this refers to the Gross Margins generated by the ARR, as it defines the company’s topline earnings.

A company with gross margins high (say at ~90%) is more likely to be profitable than a company with slimmer margins, and thus would be valued MORE.

2. Revenue Cost - this refers to the acquisition cost of the revenue. An important metric here to evaluate here would be the Cost/Sales Ratio. This effectively means, to earn every Rs. 1 how much costs are being borne by the company.

If a company has to spend $1 to generate $1 in annual recurring revenue, it is likely abetter (and thus more valuable) company than a firm that has to spend $2 to generatethe same. A company spending $ 0.50 to earn the same, would be valued even more.

3. Revenue Growth - The faster a company is growing the more investors are willing to pay for its revenue. The growth rate of the recurring revenue is an important metric to follow, as it gives confidence to the investor that the company is better positioned to achieve the target valuation sooner than the rest. Simply put, these are defined as-

To arrive at a valuation once the recurring revenues are measured, ARR multiples are used. Leaning on the simplest possible definition, a company’s ARR multiple is its valuation divided by its ARR. So a company worth $100 million with an ARR of $10 million would have an ARR multiple of 10.

But how do you know which ARR multiple to use and at what stage? Now, that requires a detailed blog of its own and we promise you that..!!

Follow us on LinkedIn and keep an eye out for the same!!