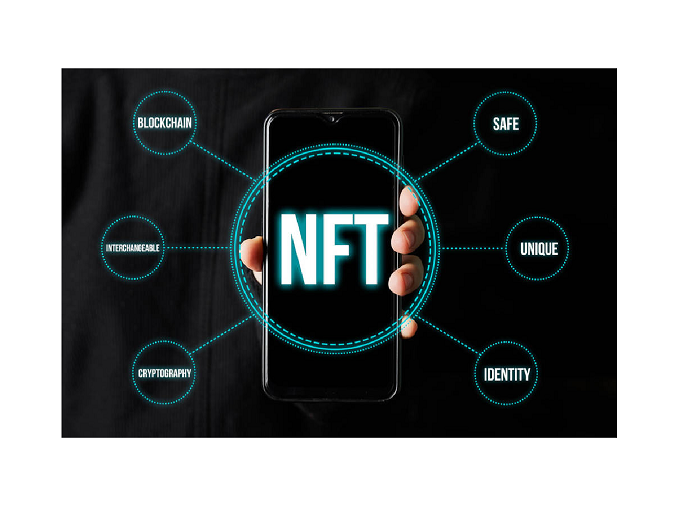 Twitter co-Founder Jack Dorsey’s first tweet being sold for $2.9 million, Beeple auctioning a painting (Everydays: the First 5000 Days) for $69 million, digital cartoon characters being sold for millions of dollars and the list continues...

Such recent events have triggered a global revolution across not just the owners of different pieces of digital art, but also for investors, collectors, startup founders and government institutions alike. The way we value things has significantly evolved due to rapid advancements in technology.

While it’s fair to say that such initiatives have created more value for different artists across the spectrum, there’s also a major impact on the environment which has further aggravated the global climate change crisis.

So let’s deep dive and understand this phenomenon!

What are Non-Fungible Tokens (NFTs)?

To explain this better, let’s break it down into 2 parts:

The former simply means non-interchangeable, i.e. no two NFTs are equal or can be exchanged for one another. Just as 1 bitcoin or even a $100 currency note is equal to another bitcoin and another $100 currency note respectively, the same is not true in the case of NFTs. Each NFT is unique and has its own value.

An NFT, in other words, is anything digital. Be it a drawing, music, podcast, painting, video, book, photo albums etc. The valuation that any NFT derives for itself is driven the perception of scarcity. Scare commodities are often valued more than those in abundance. The better the artist or the owner of any digital art form is able to convince buyers about the uniqueness of their art, the higher is the psychological hype for the NFT. This psychological hype eventually implies greater willingness to pay more and thus generates a higher price for the digital asset.

Artists who want to sell their work as NFTs have to sign up with a marketplace, then “mint” digital tokens by uploading and validating their information on a blockchain.

What is a blockchain?

A blockchain is a decentralised record of transactions, stored electronically in a digital format. There is no central authority that monitors such transactions, but millions of computer files working day and night to provide proof of ownership and authenticity.

Any transaction on a blockchain network is highly secure and can never be erased from the record. It is publicly available as a digital ledger to all users of that blockchain, which collects such information together in groups, called blocks.

When one block exhausts its storage capacity, it’s closed and linked to the previously filled block, thus forming a chain of data.

The post-COVID shift to online channels of communication and connectivity accelerated the pace of adoption to NFTs, as evident in the massive volume of transactions in this space.

The timeline below gives a bird’s eye view to the chain of events that unfolded.

In the physical form as well, rare collectibles are often highly valued. Sneakerheads chasing for Nike and Adidas’ limited edition sneakers at premium prices or Wu-Tang Clan selling the only copy of their studio album Once Upon a Time in Shaolin for $2 million in 2015 are just a few examples.

These are examples from the physical world, where items considered to be rare and unique are sold for exorbitantly high prices.

The same has been in the digital space as well with NFTs. One view is that digital art collectors pay not only for the pixels but also for the talent, creativity and artists’ labour. This argument makes the valuation of each NFT dynamic, subject to human sentiment and emotion attached to each digital artwork.

This revolution has certainly brought the artist community together and has facilitated collaborations amongst different artists. Earlier, such labour wasn’t being monetised to its full potential and many artists shared their talent for free through blogs, social media handles, etc. Now with minting NFTs and selling their pieces through auctions or online marketplaces, we are economically legitimising an art form.

Further, the growth of the art and the artist is no longer their sole responsibility. Such responsibility is shared by holders of their digital artwork as well. Secondary market transactions allow token holders to become brand ambassadors as financial interests are connected with creators’ success.

There is also a community element linked to it. There is a historical value associated with existing digital art, but it can be copied. So one builds digital scarcity by engineering a smart contract and creating an NFT. This creates a market for people who want to own it and have similar interests, which is the community.

NFTs and the Indian Scenario

India is currently at a nascent stage with very few platforms working in this space. Crypto trading platforms like WazirX and CoinDCX do have NFT marketplaces as part of their online marketplaces. However, retail investors are still apprehensive about these instruments, primarily due to lack of awareness about these emerging assets.

Having said that, there have been recent advancements in metaverse platforms through innovations by Indian founders. Zionverse is an India-focused metaverse, promoting Indian mythology, heritage and values. The platform has launched Lakshmi NFT, which allows owners of NFTs to do fixed deposits against these digital assets and earn returns out of it.

A decentralised blockchain taking over the reigns and maintaining crucial information is difficult to digest for any regulatory authority, which has acted as the central body for all such transactions over the years. Hence, governments across the world have taken their own time to evaluate the pros and cons of this emerging technology. While some have been open to it and have encouraged its use in their respective administrations, there are a lot of regulatory uncertainties in various countries. This is seen as a bottleneck to widespread onboarding of masses on such digital platforms.

The minting process, gas fee, linking crypto wallet to one’s NFT account are all new concepts for any layman.

Many are still finding the entire process to be complicated and a risk to one’s wealth. Awareness about the concept, steps to begin with and its true potential is lacking among several individuals.

Moreover, a token holder has to be highly dependent on the particular artist or community who created the digital asset. This lands them in a difficult position as to further sell the digital asset at a higher price, the original creator of the NFT needs to outshine each time and continuously improve upon their talent.

The environmental impact is also an important cause of concern. This can be explained as follows – There are millions of computer calculations happening day and night at all times to authenticate, record and complete transactions through the blockchain network. NFTs are mostly sold on the Ethereum blockchain, which as of April 2021, uses 33 TW hours of electricity in its minting and mining process. This amount of electricity is equivalent to the entire power consumption in Serbia!

As we know, power comes from power plants after burning fossil fuels, that releases high volumes of carbon. This implies inviting a manmade disaster on a global scale.

Although all the action with NFTs is in the digital world, there are some deep real world effects that need to be considered too.

The entire conversation here reminds of the internet dotcom bubble from the 1990s. Then too, the speculation was largely driven by the hype around an upcoming technology (the internet) which lent supreme valuations to various IT companies. The stock market surged 400% in 5 years and eventually when the bubble burst in the early 200s, many of the firms lost their exciting valuations.

But the core technology behind those chain of events, i.e. the internet continued to exist. Not only exist, but it has completely transformed our lives in ways we could never have imagined.

I have a similar take on the NFTs and blockchain buzz as well. Whether a bubble will burst or not, only time will tell. But the technology behind it is here to stay for sure. Right now we are at a nascent stage and gradually understanding the dynamics around it. People are excited and confused, all at the same time. We are seeing a paradigm shift in the way we value stuff around us, that has led to all the frenzy we’re witnessing.

Eventually, we will adopt to this as we always have and prices can be expected to normalise with time. It may seem madness at the moment, but it won’t anymore.